The sense and nonsense of hydrogen

The energy transition is ongoing. The Dutch government is emphasizing on minimal emission of greenhouse gases (e.g. CO2) by 2050 to prevent further negative effects on the climate change. Fulfilling this enforcement can only be done by investing in safe, reliable and -in particular- affordable methods for generating renewable energy, storage of renewable energy and transportation of renewable energy.

Starting from 2020 all new manufactured busses have to be emission free. From 2030, the same regulation applies to old generation busses that are currently on the road. Followed by the fact that heavy duty trucks running on fossil fuels such as diesel will be banned from the city centers. You have the opportunity to be a step ahead. Convert your fossil fuel based transportation and mobility fleet into a fleet fueled by hydrogen. The hydrogen storage tanks of H2Storage help you to keep your transportation fleet still competitive in the future.

We are moving step by step towards a sustainable energy economy in the Netherlands:

The Dutch government enforces that in 2020, 14% of the harvested energy comes from renewable energy sources.

In 2023, renewable energy sources should account for 16% of the harvested energy and in 2030 it should reach more than one third, namely 37%.

The Dutch government enforces that in 2050, the emission of carbon dioxide is reduced by 80% compared to 1990 in the industry, the heavy duty transportation and mobility sectors.

Currently, many opportunities are available for a sustainable way of living, driving and working. More and more people use electrical vehicles as a way of transport. Even so for long distance holidays abroad. More homeowners are equipping their homes with heat pumps. Unfortunately, in the heavy duty transportation and mobility sectors there is still a lack of sustainability. Mainly due to the fact that the current solutions are inefficient and costly. Yet, we believe that the valuable solution can be the storage of hydrogen gas in light weight composite tanks.

So, is the implementation of hydrogen the holy grail for the entire energy demand? Only the future can tell us. Nevertheless, by implementing hydrogen at the industries where it is the most valuable, it will push us to establish a viable and sustainable world in the future. 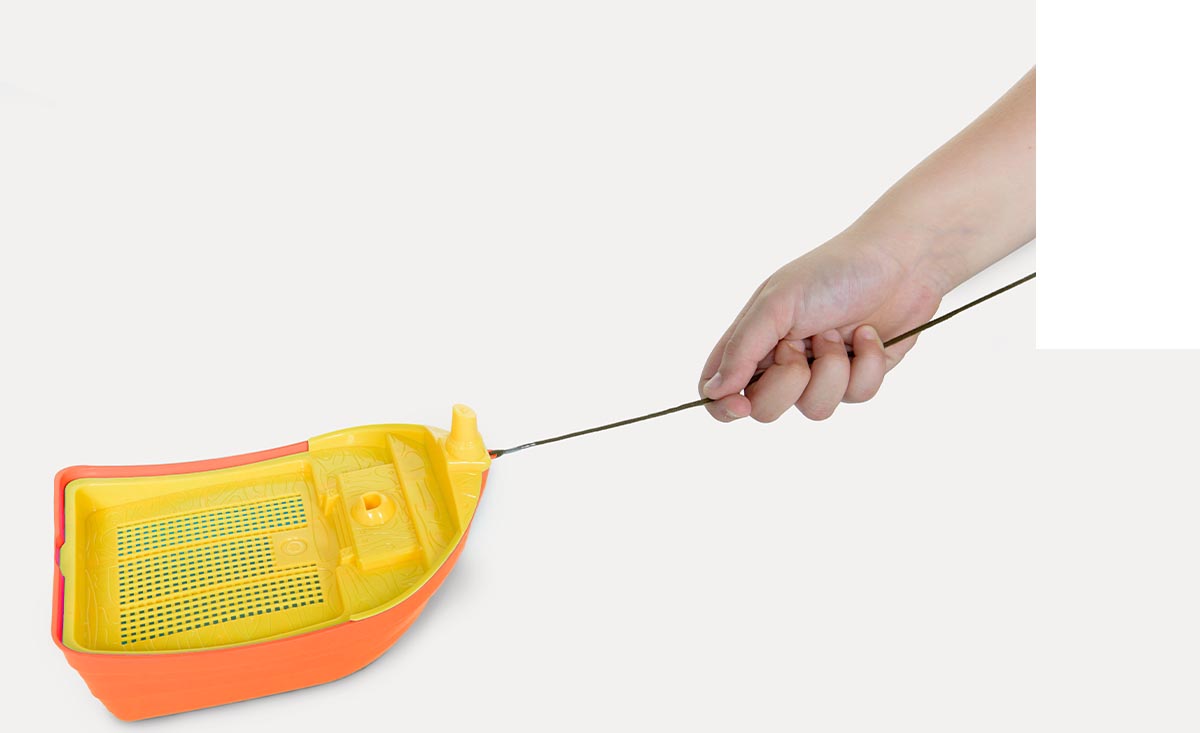 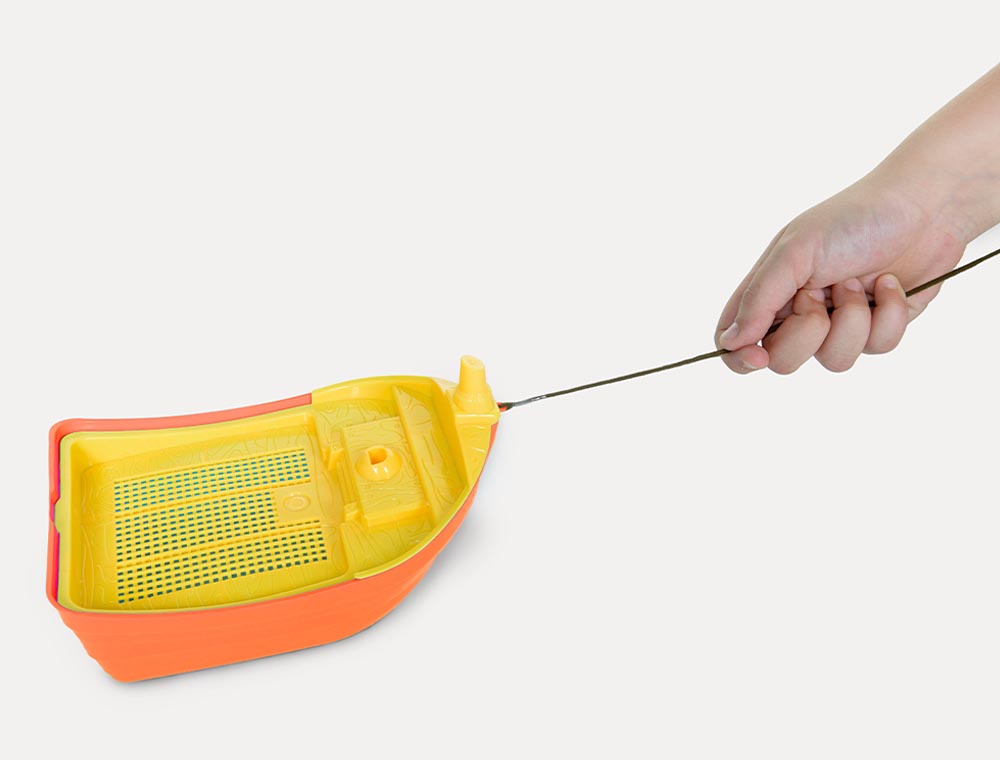 In the Netherlands there is already plenty of energy being generated by solar-, wind- and hydropower. Although, all of these renewable energy source are predictable and inexhaustible, the disadvantage is that their presence is strongly influenced by changing weather conditions resulting in daily and seasonal fluctuations. In other words, profound storage methods to tackle both the daily and seasonal fluctuations are essential. Currently, the daily fluctuations are dealt with by short term storage methods, like batteries. But a viable long term storage method to overcome the seasonal fluctuations is not yet feasible. Resulting in the question how are we going to deal with energy peaks either in the winter (from the demand side) and in the summer (from the generating side)?

A potential long term storage method is to store surplus of electricity under a chemical form such as hydrogen. Hydrogen as the most abundant chemical element can be found in water and is produced in an electrolytic process where water is split into hydrogen and oxygen gas by using generated electricity from a wind mill for example. Hydrogen has great storage potential. It can easily store 3 times more energy per kg compared to fossil fuels and an astonishing 140 times per kg compared to old fashioned lead-acid batteries. Concluding, hydrogen can store a large amount of energy for a long term. However, the electrolytic process for hydrogen production is not yet affordable and there is not enough renewable energy installations to produce green hydrogen for the total energy demand of the Netherlands. This is expected to become more profitable within few years according to many researchers and businesses.

The limited installation capacity of renewable energy systems and the high production cost of hydrogen are mainly the reasons why we believe that it is essential to adopt hydrogen -as an energy carrier- only in the industries where it will significantly change for the better. For short term storage, batteries are already used and implemented in electrical vehicles. This shows great potential for passenger cars but is not viable to be implemented in the heavy duty transportation and mobility sectors. The combination of the needed driving range and the higher fuel consumption rate of trucks and regional busses requires a considerable battery capacity compared to a passenger car. The large number of batteries negatively affects the total weight of the truck and thus less cargo can be transported. The adoption of hydrogen can be the holy grail for the heavy duty transportation and mobility sector, where heavy batteries are replaced by lighter composite hydrogen tanks. This way the total weight is less affected while the driving range is extended. Unfortunately, due to the current costs, the adoption of hydrogen is still not beneficial for the passenger car sector.

Implementing hydrogen where it is essential and beneficial

Some passenger car manufacturers are claiming that the passenger car sector will move towards a future based on hydrogen as a fuel. But is this really the case? Or are they simply one step behind the energy transition and are now applying damage control by spreading charming stories? We, as H2Storage, believe that it is essential to adopt hydrogen only in the industries where it will significantly change for the better. Because of the limited installation of renewable energy systems and the high production cost of hydrogen. Hydrogen exists all the way from greenly produced hydrogen up to grayly produced hydrogen; from emission-free hydrogen up to polluting hydrogen. Green hydrogen energy is 100% clean in contrast to gray hydrogen.

There is simply not enough green hydrogen to provide us with all of our energy needs.

Hydrogen production from lignite is a polluting method that emits greenhouse gasses. Can we then simply increase the capacity of wind mill installations to produce more green hydrogen? Unfortunately, a small and densely populated country as the Netherlands is limited in terms of available ground for the installation of wind mills. A potential solution can be to construct renewable energy systems in less populated areas and produce hydrogen onsite and transport it to dense populated areas. For example, if large solar parks are used in the Middle East or Africa to produce green hydrogen onsite, a significant cost addition will be to implement water reservoirs onsite in those desert areas. Additionally, the transport per ship or truck to dense populated areas, such as the Netherlands, increases the cost and pollution of greenhouse gasses before it can be injected in the dense infrastructure of gas pipelines. This potential solution is not a viable solution, since it is roughly 5 times more expensive than using the current natural gas system to fulfill the energy demand in the Netherlands. Replacing the total natural gas consumption -of the Netherlands- by hydrogen is currently not viable and affordable.

What if we install more offshore wind mills at the Noordzee to generate more green energy? Plenty of space in the sea and there are already gas pipelines at the bottom of the sea that can be used for the transport of hydrogen to the main land. But the critical ‘fuel’ to produce hydrogen via an electrolytic process is demineralized fresh water whereas the Noordzee simply contains salt water. When salt water is used in the electrolytic process, two gasses are produced. Namely hydrogen and chlorine. Chlorine gas is not only harmful for the lifetime of the electrolyzer but also threats the public health and has to be taken care of properly. Resulting in an increase of the operation costs.

Despite all the positive news and researches regarding a hydrogen economy, there are still several difficulties to adopt hydrogen as the energy carrier in the Dutch energy economy. Either due to the limited capacity of renewable energy system installations or reservoirs of fresh water or the high costs. In other words, hydrogen is currently not a viable solution to fulfill the total energy demand of the Netherlands. So lets adopt hydrogen where it has the biggest positive impact, like in the heavy duty transportation and mobility sectors. In the heavy duty transportation and mobility sectors there are currently no sustainable alternatives. Adopting hydrogen in this sector helps you and us to keep moving towards a sustainable future.